UgandaKids e.V. is a non profit organisation – confessionally and politically independent.
We have made it our challenge to support vulnerable children in Uganda to open up opportunities for their own future with their own aims.

When we were invited by Sabine Ritter in the summer of 2006 to start the project to be “UgandaKids”, none of us had ever been to Uganda. She went there to see the gorillas. She got to know Heinz Reichl and his Ugandan wife Hilda Ibba who live in Adjumani, Northern Uganda, at the airport in Entebbe by coincidence. They had told her about a plot of land that had been left by a French non-profit organization a few years back, and that the existing buildings were becoming more and more derelict. Sabine later travelled to the Northern part of Uganda with them, where no tourists normally go, and she was immediately taken by the people and the possibilities of the available land.That was the starting point at our meeting in summer 2006 when we found Ugandakids. Until the end of 2006 several meetings followed where we were trying to find out how a project can be run effectively and improve the situation for the people in Adjumani. In numerous long, intense and often controversial discussions could the aims and principles be lined out for the project “UgandaKids”. 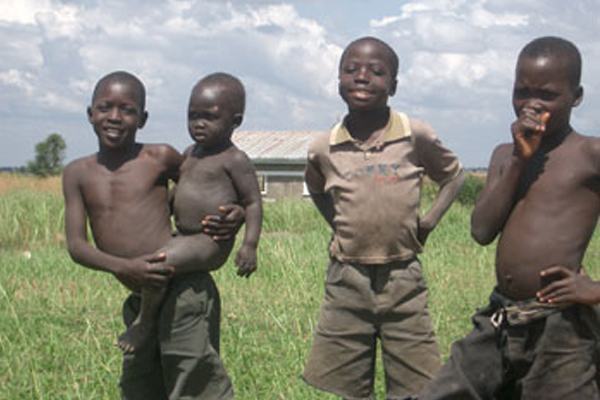