UgandaKids e.V. is a non profit organisation – confessionally and politically independent.
We have made it our challenge to support vulnerable children in Uganda to open up opportunities for their own future with their own aims. 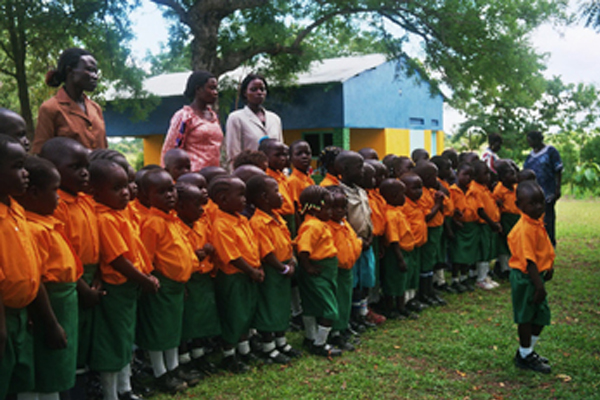 The first project of UgandaKids was the construction and the running of a pre-school Nursery School in Adjumani Town, capital of te District in North-western Uganda.

Hilda und Heinz, our team partners right from the start have formed the project with the necessary touch through their views and knowledge of the region and their own initiative. Many people have since been involved and included in the project.

The children receive breakfast and lunch, which is prepared by two cooks in the school kitchen. A nurse is in charge of their medical care, further three handy men look after buildings and the school ground, there are also two cleaners and two watchmen guarding the fenced area.

At the beginning of the new school year 2008 45 children started the first year primary school, by now 462 children are going to 7 classes in the primary school. Heinz has set up the necessary infrastructure in the last few years and Hilda has since employed several new teachers.

In the current school year there are 655 children in nursery and primary school.

In May 2007 Hilda has officially taken on the role as school leader/director. She represents the central part of the school and decides the next necessary steps with her team. UgandaKids in Europe is looking at the financial possibilities.