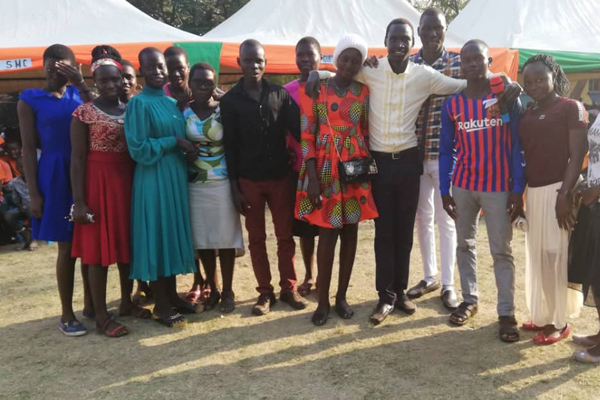 Club of the “Former Pupils” Found

One of the key guiding principles of UgandaKids is to trust the Ugandans to follow their own plans and perceptions. This often creates dynamics which take us by surprise.

During the big holidays the “Club of the Old Girls and Old Boys of UgandaKids” was found. The club can be joined by anyone who has ever been enrolled at UgandaKids school. What a wonderful idea, now former pupils of UgandaKids can stay connected. This is probably more important in Uganda than in Europe. Of course UgandaKids is offering the canteen for the annual meetings during the holidays. Those who arrive from further away can stay at the boarding school house. Food and drinks are free.

Of course this is also a great opportunity for us to stay in touch and to see which paths some of these young people are taking and which challenges they are facing after their time at UgandaKids school.