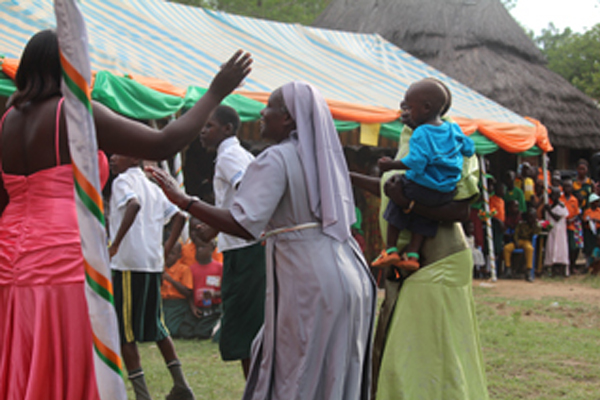 The 10 year anniversary of UgandaKids – clearly a reason to celebrate!

There was a big birthday party at the school on Saturday, April 22nd. Hundreds of people came to visit and join the children, youths and employees in celebrating the anniversary. The children were at the heart of both the party on Saturday and during the sport events on the day before. Four former UgandaKids were invited as guests of honour : they will be taking their A-Level exams this coming October. But also many other former primary school kids came to join the celebration. It was heartwarming to see how many confident, great personalities UgandaKids has helped to develop.

There was plenty of food and drink for everyone. Poems and songs and a lot of dancing followed the meal. Some of it was so irresistible that even the nuns from Pakelle couldn’t remain seated, they joined in the dancing.